I have organized my stamps with printed year and hope it will help exclusively for educational purposes.

Hope to promote and encourage the study, understanding, preservation and appreciation of the philately and postal history of India.


All Stamps Images in this blog are from my collection.

1, One of the Rare QV Freak Flaw that was spotted by me . 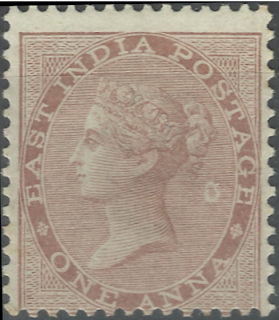 I was scanning stamps for putting in the blog & I just found this unusual QV stamp that looked to me as a printing error behind the head.

You may find the discussion on this QV faw in the Stamp Forum below.

What SCOTT had to say about this flaw :
The flaw on your stamp is not an error. It is a printing freak caused by a bit of foreign matter, such as a strand of thread, adhering to the printing plate. Populations of such freaks depend on how long the foreign matter interrupted printing before falling off, or being cleaned off by an observant pressman.

What SG had to say about this flaw:
There are two possible causes for this flaw:
1. It is the result of damage to the printing plate, possibly caused by something being dropped on it. If this were the case it would occur on one stamp in every sheet until the plate was replaced or repaired.
2. It is caused be some 'foreign matter', such as a hair being on the plate during printing. The hair prevents the ink getting to the paper, but subsequently falls off, leaving a small unprinted area. This probably occurred on just this one stamp.
Now, although option 1 would be the more common stamp, it would be much better than option 2, as collectors like to seek out constant flaws and ascertain their position on the sheet.
Until and unless further examples are discovered it is probably not possible to know whether your stamp is option 1 or option 2, but my guess is that it is the latter - an interesting 'freak' flaw.
I would be very interested to hear if anyone turns up a second example, however, suggesting that it is a constant flaw, which might be considered for listing if we can ascertain its sheet position.

#So I can tell you that this QV freak/flaw stamp from East India is one of it's Kind as of today.

I was again scanning stamps for adding in this blog & then I just observed this printing variance on this King Edward VII stamp that looked to me as a printing error on the eye brow that is arched curve.

About The Classic Indian Stamps:


The  famous embossed "Scinde Dawk" stamps were the first Indian stamps that began issue on 1 July 1852 in the Scinde , for use in the Sind District.
These new stamps were embossed individually onto paper or a wax wafer. The shape was circular, with "SCINDE DISTRICT DAWK" around the rim and the British East India Company's Merchant's Mark as the central emblem. The paper was either white or greyish white. The blue stamp was printed onto the paper by the die during the embossing, while the wax version was embossed on a red sealing wax wafer on paper; but all had the same value of 1/2 anna. They were used until October 1854, and then officially suppressed.


The most interesting and popular area of Indian philately are the Indian Feudatory States, a challenging but rewarding area for study!

Below is a list of the Convention and Feudatory states in British India.

The Conventional States of British India

The Feudatory States of British India

The Classic Indian Stamps that where used abroad

Many of the Victorian to KGVI stamps were overprinted for use in the Convention States, as well as for use abroad such as Arabian Gulf , Persian Field Force, Bahrain, Dubai, Kuwait , Muscat, and from Pondicherry and Karikal of French India.

All modern Indian Stamps are colorful and very attractive, and there are many rare missing colors and other varieties that can be found.

Will be publishing here soon the list of most valuable stamps from these modern period .

I am planning to add my classic INDIAN stamps that are in my collection weekly , just check the links !


Don't forget to leave your comments and feedback for Improvement ! 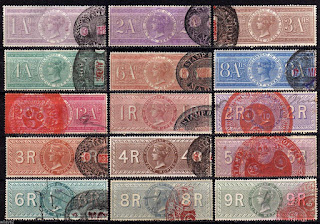 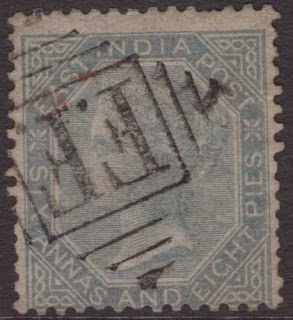 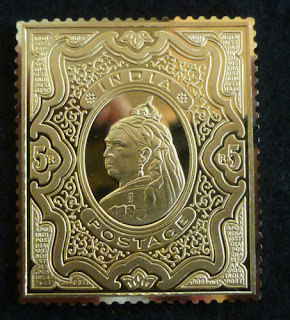 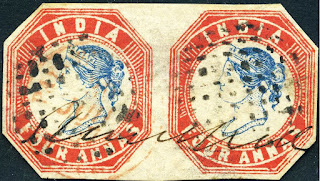 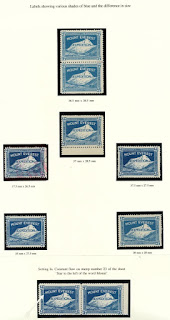 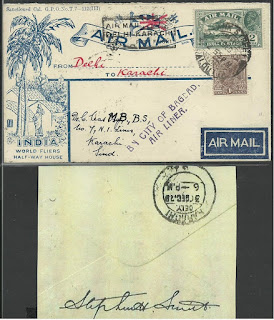 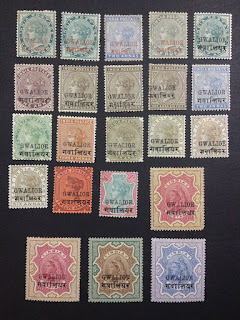